As you probably already know, Portugal is crazy about soccer. And Lisbon is no exception to the rule. With the victory of Portugal at Euro 2016 in France, you have certainly realized seeing the images of the players in the streets of the Portuguese capital. The interest for Portuguese soccer will also probably strengthen after this spotlight on the national selection of Portugal. In Lisbon as in the rest of the country, we love soccer. Children play at an early age in the streets, on beaches or on fields. And adults also practice a lot of soccer in clubs or as a simple leisure. No wonder Lisbon is home for two of the most important football clubs in Portugal : Benfica Lisbon and Sporting Portugal. On top of that, the Portuguese capital hosts the most important games of the Portuguese national team when it plays at home. In this article, I will introduce you to the Benfica football club and explain how to attend a Benfica match in Lisbon at Estadio da Luz. I will also explain how to visit the Benfica Museum Lisbon.

If you are a fan of soccer or you like lively atmospheres, I advise you to go to a game of Benfica at Estádio da Luz, during your weekend or your holidays in Lisbon. Supporters of the club are really absolute fans, and even if the stadium is not filled, the atmosphere and the fervor for the most important club of Portugal are always there. Benfica play many games throughout the season, which usually runs from August to May. On weekdays, the club usually plays the European Cup matches (Champions League or Europa League depending on the year) and the weekend is dedicated to the Portuguese league matches. The club also plays two other competitions during the season : the Portuguese Cup and the Portuguese League Cup. The atmosphere of the stadium is rather family with a lot of fervor of the fans. This atmosphere is transported elsewhere in Lisbon before and after the match. Indeed, it is common to see fans throughout the day with their jerseys and their scarves in the streets of the Portuguese capital.

Average price of a ticket for a Benfica Lisbon match : between 20€ and 45€ depending on the issue of the match and the chosen stand, some very great matches may exceptionally exceed these rates

Where to buy tickets for a Benfica match at Estádio da Luz ?

Capacity : 65,647 spectators, this is the biggest stadium in Portugal

Bus access : convenient and cheap if your accommodation or hotel is not near a metro station

Access by car / Where to park near Estádio da Luz ? : the most difficult choice but if you have no choice, follow these tips

Visit the Benfica Club Museum and the Estádio da Luz

If during your visit to Lisbon, no match of Benfica is planned or that tickets are too expensive, an excellent alternative may be to visit the museum and the Benfica Stadium. The Benfica Museum – Cosme Damião is a museum dedicated to the history of the Benfica club. It is just outside the Estádio da Luz, which hosts the matches of the Benfica football club Lisbon. Inaugurated in July 2013, this museum occupies 4,000 square meters on three floors. A huge showcase houses nearly 500 trophies won by the club.  Nearly 1,000 trophies won in various disciplines are exhibited on the 29 thematic areas of the museum. Various documents and videos on the history of Benfica are available and various touch screens are available with information on players, teams, matches. The icing on the cake, a hologram of the famous Eusébio is also present in the museum. A dedicated fan club area also features photos, quotations and fan songs. This museum welcomes about 5,000 visitors per month.

Entrance fee : full price at 10 € for museum visit and 15 € for museum and stadium visit, discounted rates for over 64, children and families. The details of the prices are here >>> http://museubenfica.slbenfica.pt/en-us/home/museuhome/informacoesuteis/tabelaprecos.aspx

You can book your Benfica museum ticket here >>> http://bit.ly/benfica_museum

Opening hours : every day from 10h to 18h (except match days when the closing is at the start of the match), closed on 25 December and 1 January

Figures and palmares of Benfica Lisbon

Benfica is the biggest football club in Portugal and one of the most important clubs in Europe. It was created on February 28, 1904 under the name of Sport Lisboa by a group of 24 young men who used to play football together in the neighborhood of Belém. On the same day, it was determined that the football club would play in red and black and that the emblem of the club would be an eagle and the Latin motto “E Pluribus Unum”. From the first years, financial difficulties were felt and some players left the club Sport Lisboa for Sporting Portugal, more fortunate. This is where the famous rivalry between the 2 clubs of Lisbon was born: Benfica was a club from the popular classes against Sporting Portugal, the club of elites Lisbon and Portugal. In 1908 Sport Lisboa merged with Grupo Sport Benfica, a cycling club. A new name is given, which is still the current name of the club, Sport Lisboa e Benfica. And a bike wheel is introduced on the club logo. Until 1925, the club often moved, mainly because of the cost of rent. In 1925, in the district of Amoreiras, Benfica owns its first stadium with a capacity of 15,000 people. This is where the club wins its first championships (from 1935) and other sports sections begin to be created (rugby, basketball, handball etc). In the early 1940s, the club moved again to the district of Campo Grande. In 1954, the Estádio da Luz was inaugurated with a first capacity of 30,000 people. This achievement is made possible thanks to the financial contributions of many “socios” of the club and supporters. In 1960, a third ring was added to the Estádio da Luz, bringing its capacity to 70,000 spectators. And this decade will be the golden age of Benfica with the conquest of 2 European Champion Clubs’ Cup in 1961 and 1962 thanks to the legend of the club: the player Eusébio. In the 1972/1973 season, the club made the perfect season with 28 wins, 2 draws and no losses, 101 goals scored and 13 goals conceded. A result only matched on the 2010/2011 season by FC Porto (with one draw more). After the Carnation Revolution (1974), the club was going through a difficult period and economic difficulties forced it to sell its best players to foreign clubs. In 1979, the “sócios” of the club allow the recruitment of foreign players. At the end of the 80s, the third ring of the Estádio da Luz was closed, bringing the capacity to 120,000 people. In the mid-90s, the club went through a deep financial and sporting crisis with the conquest of very few national titles. In 2004/2005, Benfica regained the championship after 11 years without a championship title. In 2004, to receive the Euro football, the new Estádio da Luz opens its doors with a capacity of 65,000 people. For the past ten years, Benfica has regularly regained national titles and has become a profitable club knowing how to find the new talents of world football to sell them at a golden price : David Luiz, Di Maria, Ramires, Markovic, Enzo Perez, Matic, Renato Sanches, Rodrigo, Fabio Coentrao, Alex Witsel etc. Go to a game of Benfica is go to see the future stars of the big European clubs play.

Where to night out in Lisbon ? 10 new addresses that are hitting the spot ! It has already been 5...

Lisbon cabs : how to avoid scams and find cheaper alternatives ? You will find that in Lisbon, it... 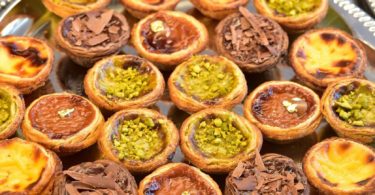 Lisbon : the best places to taste and buy natas Pastel de nata is one of the symbols of Lisbon and... 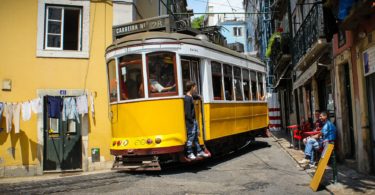 Tram, metro, bus, taxi, boat : choose your transport in Lisbon and get around We are talking here...

This site uses Akismet to reduce spam. Learn how your comment data is processed.